CLICK HERE TO FIND A MIDWEST DEALER NEAR YOU. 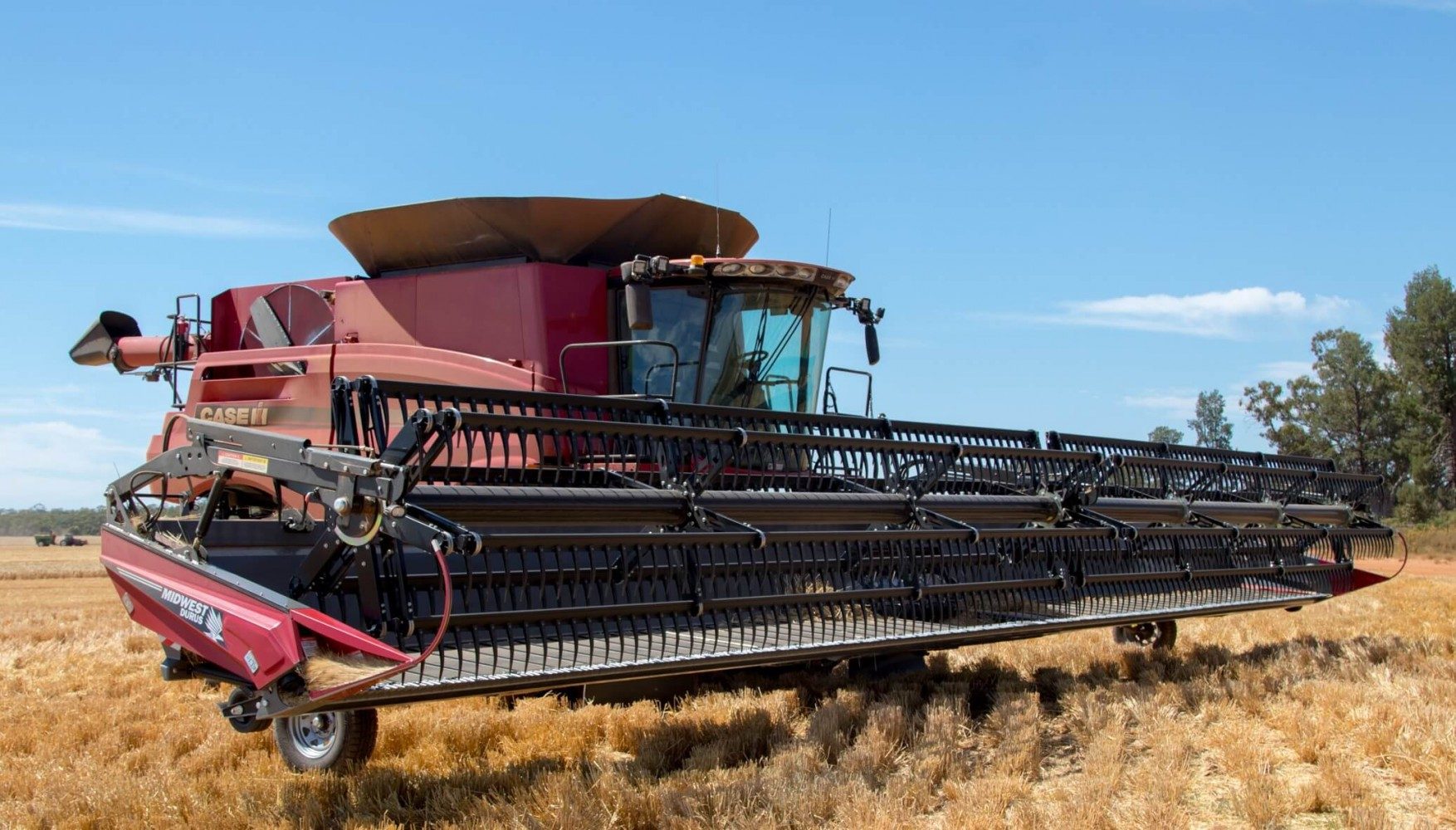 The drought-depleted grain harvest will be a scant affair in southern Queensland this summer, yet the enormous, locally-made, 18-metre Durus header front is still attracting remarkably robust demand.

From Central Queensland to Western Australia, graingrowers are going "bigger" to save themselves time and money on harvesting costs.
In fuel alone, farmers are claiming savings of at least 40 per cent for every hectare they harvest with a Durus platform, compared to 12m fronts.

Founder and Darling Downs farmer, Martin Schutt, previously set the standard for big harvest platforms becoming the first to build a 12m (40 feet) unit in 1998, and then 15m fronts a decade later.

They gained immediate attention and ringing endorsements from contract harvesters as farm cropping areas expanded and more grain producers turned to outsource their harvest task to specialists with big machines who could power through jobs quickly and reduce their wet weather damage risks.

However, farmers themselves are actually Midwest's best customers, according to Midwest sales support representative.

"All of a sudden they recognise they have the capacity to handle the crop themselves, with one combine," he said.

"They don't need a contractor to help, or a backup machine sitting at home.

The bigger draper front meant farmers were working their harvester hours to maximum efficiency with more throughput volume into the machine.

The representative said benefits were numerous for farmers with big areas to strip, with labour, inputs and maintenance costs averaging about 40pc less than running costs for a header with fronts two thirds the size.

On his "back of the envelope" calculations a 10,000 hectares cereal harvest would typically consume about 50,000 litres of header fuel, but with an 18m platform on the front, fuel consumption would likely be down to 30,000 litres.

Customers reported easily stripping 600-plus tonnes a day "without question", while an average of 200ha a day was easily covered.

While it's no cheap toy, farmers were effectively paying just 10pc more for a new 18m Midwest platform and harvester package than the $735,000 they could typically outlay for a big-capacity Class 8 sized header with its manufacturer's 12m front.

"But they get 40pc more productivity in the paddock," he said.

"The platform also has double the lifespan of our competitors' - at least two five-year lease periods - and the best resale value of any draper front on the market."

Four or five new fronts were now starting harvest in Central Queensland, while other recent sales had gone to Victoria and South Australia.

"We've sold a lot in WA, too, since the first units were released," he said

"One customer in the Esperance area upgraded each of his three 50-foot fronts to 60ft in one go.

"While much of the east coast hasn't enjoyed the big seasons seen in the west or SA in recent years, we're still getting solid inquiry, which is interesting in such tough times.

"I suspect there may be quite a bit of buying when cropping conditions turn around."

The Midwest Durus is compatible with headers in the 350kW-plus power range.

While draper platform fronts were nothing new, few machinery makers build models wider than 13m, and many simply do not cope well to Australian conditions.

Weighing in at about 5.2 tonnes, the Durus' balanced ride is achieved by a patented lateral tilt "pivot ball" mounting, supported by four ground wheels attached to the rear of the frame.

The wheels effectively reduced the working platform's load weight by about a tonne and ensured its "air ride" floated over undulating ground.

The Durus also boasts the best lighting package on the market with LED forward lights for better crop visibility and rear lights to eliminate dark spots between platform and combine.

"This front will stand the test of time," Mr Wenning said.

"It's a superior, stronger frame design with quality components such as heavy duty draper belts and a unique cutter bar designs."

VIEW ALL VIEW ALL 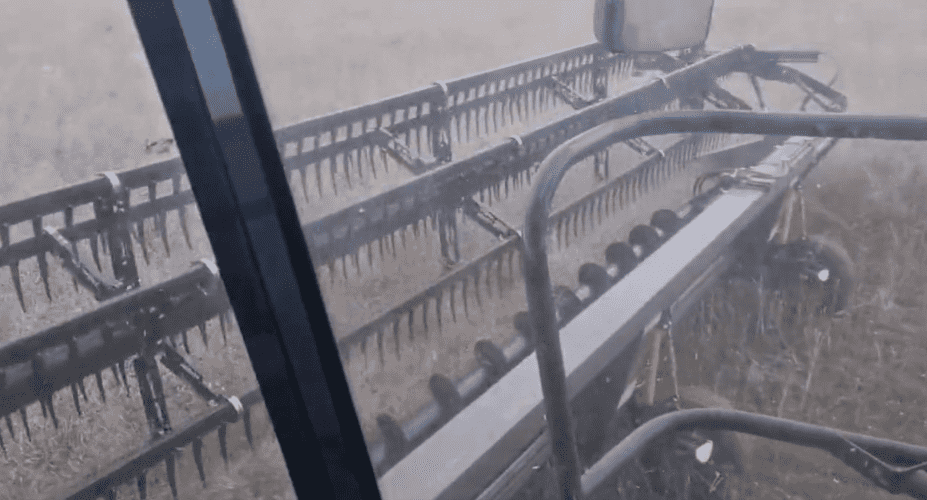 Thanks to Lachlan Dunn for sharing footage of his barley harvest with four Midwest header fronts. Click to see video. 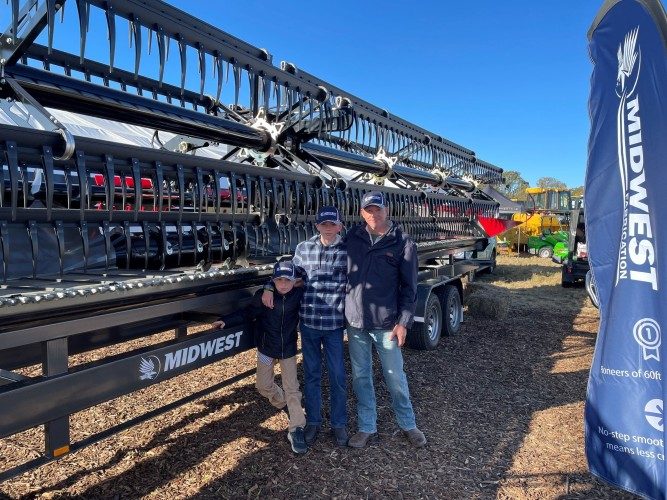 Field Days are back! We're excited to head across the country to meet with farmers and dealers at this year's field days.

Download our brochure now to read more about the Midwest product range.